When I think of best practices in WordPress development, I think of the hundreds of WordPress tutorials I’ve read and I realize there is a common pattern. In most cases, the focus is on the specifics of writing code. While code is at the core of what we do as developers, sometimes we don’t see the forest for the trees. So take a step back with me and let’s go beyond just writing better code and take a look at how we can better structure, manage, test, document and deploy our code.

A site builder is someone who builds WordPress sites professionally and, while they are often viewed as a web developer by their clients, in reality they aren’t coders. They really shine when it comes to finding the right WordPress theme or plugin, or combination thereof, to meet a client’s needs. Typically, they also know enough about code to be dangerous. If this describes you, I want to take a moment to encourage you to keep learning more about coding. However, I’d also like to share a few best practices that I think you should take to heart:

Typically, when talking about the best practices for writing code, this is where we would jump into the details. But, let’s take a second to discuss some of the higher level concepts that have influenced those details.

Beyond just writing code, there is also a higher level design or architecture that must be considered. This is an entire field of study, so consider this a very brief introduction. I encourage you to go do your own research and learn more about it.

If we are going to write reusable code, it is important that we manage the code in a way that makes that easy.

While version control is ideal for working with teams, it can be extremely useful even if you are the only one who touches the code. For example, being able to correlate the date a problem occurred with code changes that happened around that timeframe can be a tremendous help in getting to the bottom of an issue. It is also great to be able to restore the code when someone accidentally deletes a file or a site gets hacked.

Be sure that you don’t just store the code in a repository on your machine. Use a service like GitHub or BitBucket to host your repositories in the cloud. This way when other team members need to access the code, it is simply a URL away. GitHub provides unlimited public repositories and has a more active developer community. It is a great place for publicizing open source projects and getting feedback and involvement from other developers. BitBucket provides unlimited private repositories and is perfect for hosting private client sites.

Once all of your code is in version control, it is time to start using a dependency manager. A common scenario is that you are creating a WordPress website and this site has a custom theme and a handful of plugins. At any given time, the site might be running different versions of each of these plugins as well as a specific version of WordPress. Let’s say you go and update all of the plugins and then update WordPress. Now let’s assume that something broke. Can you roll your site back to its original state before the update? Do you remember the version of each plugin you were using? If you were using a dependency manager you wouldn’t have to remember because the original state of WordPress and all of the plugins would be stored in a configuration file in version control.

Composer is a PHP dependency manager and is the tool of choice when managing WordPress dependencies. Composer utilizes a simple JSON file for storing configuration and automatically pulls down any packages that have been declared as dependencies when you run composer install. There are a few things you will need to know about setting up composer to work with WordPress, but once you get the hang of it you’ll wonder why you didn’t use it sooner!

It is shocking to me how many WordPress developers don’t thoroughly test their code… or even just do basic debugging. At the most basic level, please just set WP_DEBUG to true in your wp-config.php file. I can’t tell you how many times I’ve installed a plugin on my local environment and had it spew notices at me that the original developer never saw just because they didn’t turn on debugging. Andrew Nacin does a great job of explaining the basics of debugging in WordPress in his video on WordPress.tv. If you are a serious developer, you should be using an IDE like PHPStorm and running a debugger like Xdebug.

If you are creating a software product such as a premium theme or plugin, it is important that you test your code in as many different environments as possible. One way this can be accomplished is by having users beta test your code. However, you can also use tools like Vagrant to spin up virtual machines to test specific configurations.

Automated unit testing is something that your average WordPress themer would probably never do, but if you have a software product or are building a software as a service offering, this can be invaluable. Essentially, unit testing is a testing method where you test individual pieces of code. In an ideal world, you would have a unit test for every aspect of your software. The real beauty of this kind of testing is that you can run your tests and tell very quickly when something you’ve changed has broken the code. This allows you to catch bugs early on and helps prevent you from shipping buggy code to your end users. WordPress uses PHP Unit to test its PHP code and QUnit to test its JavaScript code. If you would like to get started with this type of testing, I would recommend taking a look at how WordPress handles unit testing. Once you’ve seen how it works, try to write a unit test for one of your own plugins.

Quality assurance in web development is the general process of making sure that the code you’ve written works properly and the user interfaces you’ve designed appear correctly in all browsers. This is an important step to ensure that you catch anything that might have fallen through the cracks. Often, this is a time consuming process where one or more people will look at a site or application in every browser and on every device they can get their hands on and interact with it. Thankfully, there are tools like Selenium that can help you automate these things. Even better, there are services like BrowserStack which handle all of the technical details and let you focus on creating something awesome.

Documentation is your first line of defense when it comes to support. Make sure that your documentation is somewhere that people will find it when they have a question and encourage people to check these sources before contacting you. Here are a few types of documentation you should consider:

An important thing to understand about code deployment is that the average WordPress user does it all the time. Every time someone clicks the ‘Install Plugin’ or ‘Update’ button, they are deploying code to their site. Web hosts such as WPEngine and Pantheon realize this and have created workflows that help prevent issues related to deploying untested code. The key here is that these web hosts provide you with a testing and/or staging environment where you can ensure that everything is working before sending things to your live production environment. If things fail, there are simple ways to undo your changes.

The key to deploying code is having a reliable workflow that reduces the chance that errors will occur. When errors do occur, rolling back should be as easy as batting an eye. Typically, there are a few different ways you can ensure code deployments go smoothly:

Best practices and the theory of relativity

Sometimes, best practices can be relative to your objectives. For example, if you are publicly releasing a theme or plugin, you will want to make sure that your theme or plugin will work for everyone who wants to use it. A best practice, in this case, is to find the common denominator. If WordPress currently supports PHP version 5.2, you probably shouldn’t be writing code that uses features from PHP 5.3 or your code will break on some web hosts. However, if you are writing custom code for a client and know that you will be deploying the code to a server that supports PHP 5.4, then it is perfectly acceptable to utilize more advanced language features in your project. In reality, best practices are nothing more than generally accepted methodologies and, in some cases, may not apply to you. The important thing is to understand the reasoning behind them so you can make an informed decision. But please, don’t take this decision lightly. 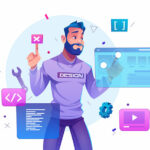 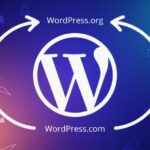 How to Switch from WordPress.com to WordPress.org 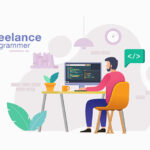 Do You Need a Freelancer? 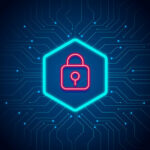 Let our code do the miracles for your website

We are an award winning web agency with over 10 years of experience in web development. In the past, we have helped numerous businesses establish their online presence through clean and semantic code. Our dedicated team of developers ensure the success of your project by paying attention to detail and by going that extra mile with you until the results are achieved.